If you missed numbers 10-6 from last week, CLICK HERE

5. PIANO THINGS - As a musician, it is primarily assumed that I am best at what I study the most.  For most of my time in music, my studies have been centered around operatic singing, choirs, and conducting.  Still, it is rare to have three emphases, but what has always bothered me the most is that practically everyone outside of my little music sphere attributes great musicianship to "if you can play the piano or not."  Any family holiday, church choir rehearsal, or voice lesson that has required me to play the piano has typically gone well, but certainly not as well as a Yanni CD from 1994 - the pinnacle of piano virtuosity for the classical crossover-music zombie hoards.

So why get piano gifts for singers?  ANSWER: Learning by rote with a piano is the junk food of opera singers (excluding actual junk food of course).  We should be able to learn our notes with solfege and proper ear training tactics, but many opera singers forego using their brain and just do what they do best - sing loud and pretty to a condensed piano score for an incredibly talented pianist to sweat through, many times, over and over.

4. Soap Opera Music Boxes - For those who accidentally stumble onto this site thinking it is a fan site for soap operas, you must be incredibly frightened with all the music - unlike the deathly boring silence filling the dead space within soap operas.  But to make up for their lack of a soundtrack and poor acting skills comparable to that of actual opera singers, soap operas have had great theme tunes.  With the help of these music boxes, now you can fall asleep to the same classic themes of your favorite soap operas - what I suppose you do while you "watch" these shows anyway.

3. MOZART - This could also be a great Halloween scare for many opera singers, but what better way to celebrate the passion of opera at Christmas than to give its greatest and arguably most annoying composer, W.A. Mozart.  Not only should an opera singer have a Mozart action figure, but they should have Little Mozart's Tini Orchestra.  Why, this tiny orchestra comes with ear plugs to give to any bystander (and it's what many opera singers need after too many Mozart productions - there's something torturous about hours of predictable, poorly acted recitative)  Now imagine how annoying little Mozart would have been if he had Little Mozart's Tiny Orchestra to compose for: miniature slide whistle, harmonica, kazoo, recorder, pan pipes, maracas, and a tambourine!  Die Zauberkazoo? Concerto for Miniature Tambourine?  Or perhaps a sexy maraca accompaniment to Giovanni's canzonetta, "Deh, vieni, alla finestra?"

2. SUGGESTIONS TO START A NEW CAREER - There's nothing easy about suggesting to an opera singer that they should graze a different pasture, especially sopranos. Therefore, ease them into a new profession, a new instrument perhaps.  Try these out for size:


1. CREATIVE FRUSTRATION - Finally, every opera singer needs to feel important and pampered in order to sing well, show up on time, and learn their music correctly.  Obviously, this requires other musicians to overwhelmingly praise opera singers during the dress rehearsals, as the opera singers have been courageously learning their staging and fight scenes while the pit orchestra lives lavishly under union requirements encouraging unresolved dominant seventh chords if it cuts into their break time!  That's right all you down there in the pit, opera singers sweat and that makes us cranky and deserving of your homage payments.  However, for most opera singers, we are treated "professionally" so we need to release this frustration somehow.  Here are two ideas:

(CLICK ANY OF THE PICTURES FOR MORE PRODUCT INFO)

10. The Opera Cooks - The opera singer can be quite lazy when they're not working.  Of course the many nights and early mornings belting away, while secretly cussing an over-zealous opera director that is trying to make a believable fight scene between a 280 pound, 6'6" baritone lead and a 5'3" 130 pound leggiero tenor, can just been exhausting.  Understandably, when an opera singer wakes up after noon the next day, they are completely starving.  This gift is a must for any opera singer that you haven't seen in several months because they work when you work and work when you sleep - and I bet they have a fierce appetite.  This cookbook is filled with interviews and recipes from the greatest singers on the planet. 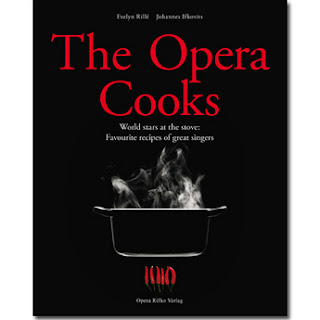 9. La Traviata Children's Book - Goodnight room. Goodnight moon. Goodnight woman who will die of tuberculosis soon.  Goodnight light and red shoes.  Goodnight mistresses.  Goodnight affairs.  Goodnight duel that, unfortunate to the audience, we never see because it occurs between acts two and three, NOT FAIR!  Goodnight lies. Goodnight Italian-speaking, sex-crazed, misogynistic French guys.  Goodnight brush. Goodnight mush. Goodnight opera people putting the incorrect emphasis on the word "Brindisi" (it's BREEN-dee-zee) and call me pretentious for pointing out your poor Italian, SHUSH!  -- Seriously, there is no better way to teach your children about lust, gambling, jealousy, cheating, death, and what a "pure" woman is than with a children's book of Verdi's opera La Traviata. 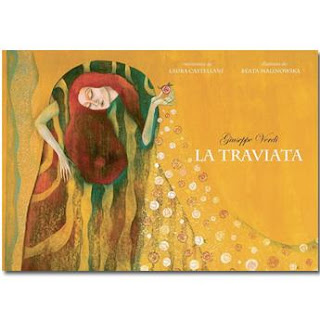 8. Lego Sydney Opera House - Lego states "It will look beautiful displayed on a shelf or counter".  Perhaps if you actually have a shelf or counter that this would look good on, you should consider purchasing a new shelf or counter.  Nonetheless, I really want a fat Pavarotti Lego man and Aussie, Dame Joan Sutherland Lego woman that has a face at least the half the size of her body, both in their La Fille attire to go along with this set.

7. Tenor/Baritone Scented Candle - What better way to bring the smell of the opera home with you than with these tenor and baritone scented candles.  Curiously, the Met Shop does not sell Mezzo or Soprano candles.  I assume these would sensuously smell of cheese, melting makeup, and leather - infused with slight sparkles of fear and vomit (tenor) and shameful dabs of cigarette smoke and Jack Daniel's Single Barrel Select Whisky (baritone). 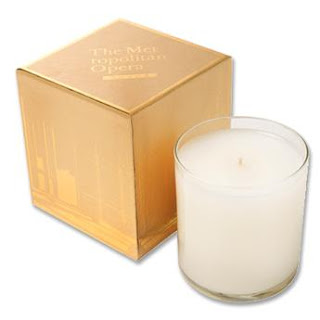 6. Travel Luggage Scale - This is actually a useful gift for opera singers.  Many people may not understand the difficulties of traveling as an opera singer, but we have to carry lots of clothes (and lots of shoes if you're a Soprano or Mezzo), plus all the extra little things, hair equipment, makeup entourage, emergency medicine, unnecessary amounts of  extra music, computer, and large jackets that are needed down the icy chasm of New York's Broadway during audition week in December but are too cumbersome to wear on a Delta flight because they cook you like a toaster strudel.  This gadget will save some of us a small fortune!

I have been away for awhile and I am excited to be back writing my blog.  Don't worry, I was doing something somewhat worthwhile - completing my testing for my Doctorate!  And now is my time to catch everyone up on what I've been up to.

First, I have to announce a solo recital of mine:

Other things that I'm looking out for:
To explain my Doctoral Comprehensive Exams, I need you to imagine as if you were required to conduct ten operas over one month.  If that's not the most obscure part, you also won't find out what the operas are until opening night.  Whether you have studied music or not, you would first need to figure out some method of frantically waving your arms so you don't look completely incompetent.  And of course, you would try to study every possible opera that you could in case you were given one of them.  Essentially, it is an impossible task to prepare for.  In a way, however much less dramatic, my exams were like this.

I had ten tests over one month:

As you can see, it's a lot, but it was nice that they were timed, or else I could have spent an eternity on some of the topics.  In the meantime I also did many other things. I performed several concerts with the Kansas City Chorale, which in my unbiased opinion is absolutely beautiful!  I performed as a soloist in Beethoven's Mass in C with the Village Orchestra, and I was a soloist in a Bach's "Wachet auf" Cantata with the Conservatory.  I also performed at an incredible gala event at the Kauffman Center featuring many sensational performers - it actually was one of the highest quality concerts that I have ever been a part of.  I was able to work with Pulitzer Prize-winner John Corigliano.  Yesterday, I finished a great concert series with the Te Deum Chamber Ensemble, one of the several choirs that I have been a part of.

And that's not even the end of it!  I completely was consumed with my company the Kansas City Vocal Institute, the election, college football, the MLB playoffs, and soccer.  For all those who think that is too much, you're right.  Fortunately, my wife has been a great help and certainly deserved less crankiness on my part, but Hanukkah, Christmas, her birthday, and New Year's are all coming up - plenty of presents await!

That leads me to another very important topic - every year I advertise the Best Operatic Holiday Gifts, so look out next Monday for my list!

Sometime on Wednesday, November 14, 2012, Bryan Pinkall's World of Opera will record its 250,000th reader!  I began this blog to record my journey into a music career.  I have written about the struggles and successes in finding a school to study opera, auditioning for opera companies, learning many opera roles, and the many other music related things that I have participated in.  I cannot believe the constant emails from readers, the occasional perks of touting my favorite things and groups, and I unfortunately I still receive hate mail from Susan Boyle fans, but I am thankful for you too!  Thank you to everyone who reads this - you have given me your time and support, grazie mille!!!!!
- November 13, 2012 1 comment:

Official Report
(click to read the excerpts regarding the Opening Ceremony) 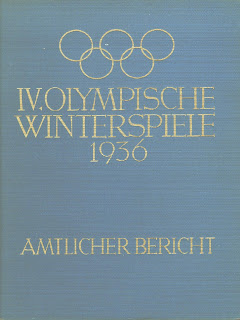 The 1936 Winter Olympics were the first Olympics held in Nazi Germany.  Adolf Hitler presided over these games and up to that point they were arguably the most successful Winter Olympic Games in history.  The Ceremonies also mark a major milestone in the development of the Olympic Ceremony that would later effect the Berlin Summer Olympics of 1936.  By implementing several ceremonial components, such as the Olympic Cauldron, Bells, Classical Music, and in the Closing Ceremony the use of light and fire to dramatize the event, the Garmisch-Partenkirchen ceremonies were some of the most influential in the history of the Olympic movement for their developments directly lead to the development of the first fully artistic mega-ceremony seen in Berlin only a few months later.
Photos