The Games of the XXVII Olympiad
Sydney, Australia
2000 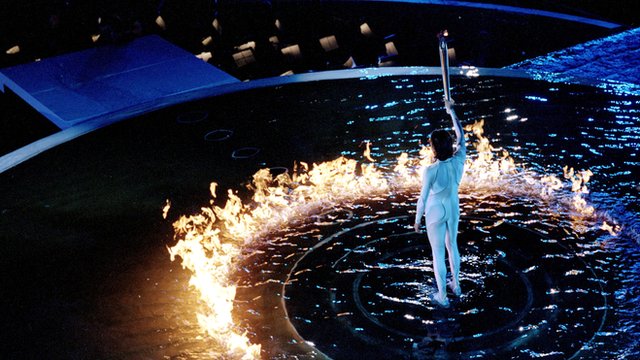 Complete Video
(viewer's guide below in Ceremony Highlights)
Video may take some time to load depending on your connection
If you are having trouble, please click here

Opening Ceremony Highlights
At the time of the Sydney 2000 Opening Ceremony, it was acknowledged universally as the greatest Opening Ceremony ever.  The pageantry and music were present on a most enormous scale.  The Olympic Opening Ceremony had established itself as one of the world's leading and most prestigious art forms with this impressive ceremony.  In addition, a competitiveness arose in how to "beat" previous ceremonies in the spectacular nature of the event.  Sydney astonished the world in a most ingenious cauldron lighting and in a theatrical display that left many to wonder if this ceremony could ever be "beat".